Not hyper
Not worried

No more whirlwinds taking me away
Dawns again

Down here among their guide wires though
Amid anchors. Tied to earth.

If, through smudged faces, we’ll recognize each other,
Ourselves

It’s what’s left.
The above is wings,
Not gas and skins.

Grow wings.
I’ll know when my shoulder blades iitch.
Til then,
I’m a grounded thing, happy and myself,
Below the fiery faeried skies.

I’m going to reclaim fucking everything.
Going to bring up everything that meant anything.
Digging in the dirt.

Nothing gets glossed over by the current, the powerful.

I’m going to reclaim the earth – First water, then more- by taking science and passion and building a wall between destruction and the web of grounded life.

That’s reclaiming to me: getting, and keeping, what was lost;

Honoring those parts that lift us up; checking the hurtful.

Where the anger comes up. Yeah, it does.

From somewhere near those “before” gods. From any gods that gave me this lonesome life,

Even if they’re only in me.

The demand has to be “what? Why?” and not just me, but all those hurt and abandoned.

If I can’t be that honest with the gods, I’ve only given in.

A medicine man asked me if I knew my mom was a tribal judge.

Yeah, I knew. And I knew I belonged. No matter the voices that tried to push me out.

And I knew my other grandmother was a red headed Irish women, a Kelly. And others, Scott, English, they go. My blood’s code. Yet, cast out, I go where I want.

This is what I call reclaiming. There’s a lot of legacy and history out there to the reclaiming movement, but I’m not going to refer here. I’m just going to say it, then reconcile later. I believe we need to reclaim the old spiritual paths in order to find the gods, or goddesses. I believe the latest religions, especially the religions of the book, are just viral memes, that, while while holding all kinds of truth, are just the latest. I believe the job is to learn enough of them to help us with the here and now, with our gods. And I believe we are always with our gods. Not someone else’s.

If I broke my ancestral creds down like people, I could say some are family, some are friends, some are lovers. I would say this from the standpoint of how they affect me, not with any judgment of comparative value.

For the work I have to do, these are the badges that will allow me to talk with tradition.

I recently read a rant by someone who didn’t like their history, ritual, or symbols used inaccurately by others. And, make no mistake, it was a rant. Hit me like that. Kind of “it’s mine!” reaction.

If I was the culprit, I could see myself apologizing. Maybe apologizing if my acts were portrayed in any way as being that person’s ways, that authentic thing. But if not, if I was just painting my face (and I think that’s what it was) because I thought it looked cool. Even if I wanted to use it in my own ritual. If that was my intent, I would never apologize.

When I was young I had horses. They taught me so much. I don’t believe there is much comparison to the type of bond that can be experienced between horse and human. I appreciate the care that needs to be established for their welfare, the offering of their bodies. I was with them, and I was human. In so much of my Lakota heritage, horses rule. We are there together.

There was no honoring of Europe for the horse. In fact, stealing horses was a skill very much appreciated. Steal a horse, take coup, steal a wife. Ownership is such a construct. Maybe why I like trickster gods. These aren’t things uncommon in my heritage from that side. But neither are caring for children and elders, or love, responsibility, or spirit.

I wonder if an unquestioned guarding against appropriation is a colonial reaction, a side of guilt. And I am saying, just the unquestioned part, the policing against walking down those paths, needs to be done carefully. All our gods are only ours. Call them what you want. Those bonds are for no human to judge.

The tribes are putting themselves together  They’re beginning to resurface in the world’s mix of culture. They need all the support and respect we can bring to do that, to honor their sovereignty. Culturally, that’s important. We need to help draw those lines. But I won’t throw my lot in with selfish gods.

See, there’s another part of Sioux heritage. It goes like this: We are all related.

I need an island.
Somewhere out there on the oceans of time, back there in the past
Where children play,
And the goddess’s love gently sways.
We were a tribe then,
Our laughter was our sweet power.

I need another island
over there past the waves of choice and consequence,
past my minds eye
Where my loves wait,
Reverbating glimpses of gentle eyes,
out there in the future.

And strung between the two, safe,
I can weave my web.
Watching ripples.

And today the ancestors voices resonate along the lines.
Calling the healers.

Can you feel the guilt in your blood?
The Colonial’s weight? The conqueror’s pride?
Can I reach beneath the gunwales of this sorrows charter ship
To change the past?

Aye, I’ll go down to row.
With my hands on proven wood,
A strong back, a shared pride, toward a brighter day.

Can I carry this defeated heart that courses still?
And rise, oh rise, with my grandfather’s dreams,
A truer pride, where each upon each of us own not this land,
But each other, a care, linked by hearts

Until our chains fail.
And this lonely ocean rises,
Reaching us up to the webs of storm ripped skies,
Our time, all times, whole time.

I need an island.

Something basic, though, There’s a saying among pagans, “As above, so below.” It means there’s no separation between this world and another higher plane. No line of separation.

If there is a line of demarcation, it’s right here in these words, saying “no” to the idea of being apart. So, having a spiritual study, or practice, at it’s root sense, maybe shouldn’t be a separate thing, maybe it should be a life thing.

Should I meditate? Should I pray? Who to, if. What does “holy” or “sacred” mean?

That out there, then. What study? What practice?

There is an organization called The International Council of Thirteen Indigenous Grandmothers. One of the things they teach is to look to your own ancestors ways of spirituality. If you are looking for a spiritual path, do that. I believe in the wisdom of the ancestors. For one reason, because it seems to be accumulative, so passing on wisdom is needed. Another is respect.

There’s a cold power out there that wants to rip apart everything we hold sacred, every story of our ancestors, every picture or statue of our gods, every fairy gate. This is where everything comes down to a mirror, a breath, the world spinning round. It’s reality. It’s the gods. If you believe that spirit, or the gods, are here now, then you have to believe that we are in “that” place, that we just need to open our eyes. It’s not them being separate from this place, it’s us being in, and part of, a spiritual realm. It’s here now.

Stories are wisdom, but here now is something more. Maybe sometimes it is the blade that parts our illusions, maybe simply a reminder to not go away.

When I was younger I walked away, not from God, but my idea of god. Because it was hurting me and others. Now, and decades later, I’m still committed to that spiritual side of life, but more trying to allow a framework.

The Grandmothers say to follow the path of your ancestors, that’s yours. That will be your spiritual path. Learn that. I say learn that first.  Remember, they’re primarily talking to people who feel lost. They’re talking to colonials who feel a guilt in their blood, and may believe in a cool “otherness” of the indigens around them.

And they’re talking from a position of oppressed. They’re saying “stop”. And, in that, they are right. Stop taking. Stop seeing it as something outside yourself. But more importantly stop taking. There is a respect of culture that has to happen. It hasn’t.  In turning that around, we can right ourselves. I can see all that.

But in my vision I also see the gods, and spirits of place in the here and now.  What gods will follow us into space?  There is no room for tribes on the International Space Station.  We need to grow up.

I see a world where all spiritual paths exist and grow freely, not favored or mandated by a state, or popularity, or the latest correct thought. This would be a place where the paths who see themselves destroying all others are held in check. They have to be. That’s the only way to stop the bloodshed. Rightness needs to die. There is a pathology of spirit that drives “righteousness” and the destruction of the other. It’s the opposite of tolerance. It’s the opposite of love.

I can smell that world. It would be a place where people are free to be who they are. Where they can believe what they want.

And what that means to me, is that, you can choose. Yep, I don’t believe that your spiritual path is determined by birth. I don’t believe that anyone, or any one people, own the “right” gods, or path. And spiritual teachers, when they are called to explore, should be able to go where they are called. We as adherents, need to confidently be ourselves enough to follow, or not.

These are hard things, tough decisions to make, and questions to answer. More than anything why we need a study, a practice, in order to do these without hurting ourselves, or others.

We have the right to be who we are, separate from our ancestors, to move on. No, I believe we have the responsibility to do so. This battle we are moving into, it’s with ourselves.

We need to figure out how we can stop consuming the earth we are on to the point of destruction. We’re doing it. It’s not an outside kind of analysis. It’s us. Just like the spiritual realm isn’t “above”, with us “below”. It’s here now.

Where to start? Ask your grandmother. But you know what? If your grandmother isn’t around, or if you don’t have access to what your birth records say you belong to? That’s okay.

No one gets left behind. 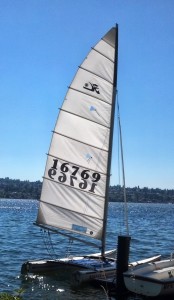