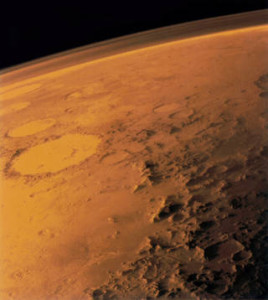 “Need to Science the shit out of this.” -The Martian

I’m not going to get this right.
Not with the amount of time I have and the amount of science it’s going to take. I’ll fill in the pieces later, keep moving; fill in the colors later, draw lines now;
flow to that part of the brain that is tracking now.
Yeah, that’s what I’ll do.

Ever seen the dervishs? They whirl. The drummers drum. The church choirs sing, and the monks meditate. The charismatics speak in tongues. The pagans trance. I’ve been many of these.
And I’ve been an engineer and a scientist.
There’s a reason to take your mind along a path of Faerie, or along the story line. It’s because our higher mind isn’t made for shifting. We don’t change our minds very easy. And that’s a good thing.
I need to pour energy into getting through whatever task is in front of me. That takes being single minded. But ideas only go so far. Every piece of reason or driving logic we have that gets us through the day needs to be parked in order for the neurons to clean out, for the growth along other pathways to happen, to reveal more. Yeah, that’s one thing.
To learn more. To learn more than just the steps of the task before me, I need to be able to shift sideways.
To let go, too, I need to be able to disengage from the task, the line of thinking. Whatever it is that challenges me in the day. That’s the thing that’s keeping my mind going. It’s keeping me away from sleep. It’s keeping my cortisol levels up. When I was younger, that cortisol, I’m sure, was mixed with adrenaline.
I can say it was from PTSD. There, said. But, I want to say it from the standpoint of a symptom of a condition, only. And that condition is present in many, and to some degree or another. Saying that for a reason. Because the diagnosis isn’t the story. It’s not the end. It’s not even that interesting. Let the size of it go.
Then I do drumming, singing, speaking in tongues, meditating, whatever as a way to shift sideways, step back, break through the hard crust of that bad medicine.
Shit happens. You work through it, step sideways, take care of what’s needed and move on. And the moving sideways is this ecstasy thing. Oh yeah, you can do it with some booze or some bud, but that just stops the firing of the pathways, it doesn’t relax into new ways. And it does it, too often, at the cost of carbs (and all their side affects) or at the cost of other social ills (not what this is about). So yeah, you can R&R your way out of it.
But it you’re stuck, poor (like a college student), committed to the point of “not going anywhere” or for any other reason not able to physically change the world or routing enough, then it’s the ritualistic ways of ecstasy you need: meditation, dancing, drumming, and on to poetry and music. I’d even throw some hypnotism or cognitive therapy into that mix, except I’m not that smart.
Oh yeah, I’ve heard surfing too. I guess it depends on what you have.
It helps me get away from my monkey mind, jumping around in my my fiery neocortex, or up out of my lizard brain, a slower rhythm of not enough thought. And I’m sure it gets me away from the mouse mind too.
The Christians have the three, Father, Son, Holy Spirit – or closer to home, body, soul, and spirit. The neopagans have the talking self, younger self and Deep or God Self. In evolution it’s lizard brain, mouse, then monkey mind.
It’s more than likely something more than three. It ain’t one. We, and life, are made up of so many parts, it’s ridiculous. Whatever we have to do to just chill out and let that be, that’s a good thing. It’s a practice I want to have in my pocket.
In my pocket, though. Contained. I won’t over glorify anything. Prayer or meditation may just be mindfulness, trance may just be focus, and ecstasy? Well it’s where you find it. But find it you must.